Meet the experienced and friendly doctors and staff who make Vision Source Atascocita a proud provider of vision care products and services in Atascocita. 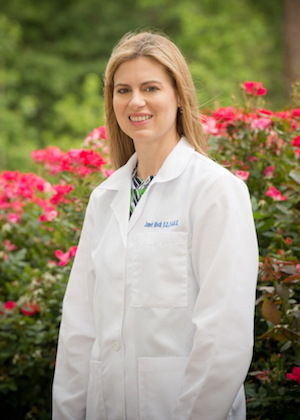 Dr. Terry obtained her Bachelor of Science degree and Doctorate of Optometry degree from the University Of Houston College Of Optometry. Through their accelerated program, she earned both degrees in seven years, graduating in 1994. She was a member of the Deans List, Omicron Delta Kappa National Leadership Society, and Beta Sigma Kappa National Optometry Honor Society. Dr. Terry is a Fellow in the American Academy of Optometry, a distinction held by only 10% of optometrist in the nation. Dr. Terry is also a Diplomate of the American Board of Optometry.

Dr. Terry began her career working with ophthalmologists at Hermann Eye Center specializing in the fields of retina and oculoplastics. She has been associated with Vision Source for the past 15 years. While at Vision Source, she has continued with her education, earning an Optometric Glaucoma Specialist certification in 2000.

Dr. Terry really enjoys spending time with her patients. She likes to make sure that all of their questions and concerns are addressed and that they have a great experience in our office. Outside of the office, Dr. Terry enjoys many hobbies including scuba-diving and dog agility competitions.

Dr. Gregg Simpson has worked in the Humble/Kingwood area since 1987 and has been a member of Vision Source since its inception in June 1991. Before becoming an optometrist, Dr. Simpson served for nine years in the military as a United States Optical Laboratory instructor. During this time, he earned his Bachelors degree in Technical Management and Associate degree in Ophthalmic Theory and Technology from Regis University.

Dr. Simpson graduated in May 1994 with a Doctorate of Optometry degree from the University Of Houston College Of Optometry. While in Optometry College, he served as a teachers assistant in Ophthalmic Optics for three years. He also received two Deans letters for clinical excellence. He was a member of the Fellowship of Christian Optometrists and has participated in many vision mission trips to third world countries including one trip to Panama with Dr. Janet Block and two trips to Africa with the Living Water organization. He is a therapeutic optometrist and a glaucoma specialist. He is certified by the American Board of Opticians and Certified Opticians of Texas. He is a 20-year member of the Texas Optometric Association as well as the American Optometric Association. Dr. Simpson is a Diplomate of the American Board of Optometry.

Dr. Simpson has worked with Dr. Glenn Ellisor since 1987 who is CEO of over 2400 Vision Source offices nationwide. Dr. Simpson started his own Vision Source practice with fellow classmate and longtime friend Janet Block in July 2006. Both are committed to providing exceptional patient care using some of the latest technology in a friendly environment. The Vision Source Atascocita office was recognized as one of the three fastest growing cities offices in the nation at the Vision Source Meeting in 2010.

Dr. Simpson has been happily married to Nancy for 30 years. They have no children but enjoy the company of three dogs which they got from a local rescue group. Dr. Gregg Simpson is past president and vice president of the leadershp team of Atascocita Lutheran Church and has been an active member of the choir and headed up the recycling program for Food for the Poor. His wife Nancy is currently serving as the Interim Associate Pastor at the Lord of Life Lutheran Church of the Woodlands where they are both member now. Greggs hobbies include gardening, cooking, and golf. (Good at the first two).

Available for appointments one Saturday a month.

You can schedule your next appointment with us online!

Leave Us a Review

Please take a moment and let us know how your experience was.